Friday, 5 December The Individual versus Society One of the consequences of discovering the traditional notions of self-hood within the Cartesian picture are incoherent, is that it does challenge our conception of the individual in society.

The Cartesian picture is based on the simple object-subject relations that we use to frame the world around us. When we say Cartesian picture, what we are referring to is Descartes' account of dualism, where we view subjects and objects as discrete causal entities.

However, once we start looking at the concepts on which the illusion of self is based, we start discover that things aren't what they seemed initially and our assumptions don't hold water too well.

Implicit in this Cartesian picture then, is the idea that there are other causal selves out there, who are separate from the world and act independently as agents. This brings us to a series of fundamental problems that have troubled social psychologists since the field began its empirical endeavours.

These problems are known as the 'agency-structure' divide, and 'individual-society' dualism. Let's unpack these terms and try to stipulate exactly what they mean.

Agency-Structure Dualism What we mean by the Agency-structure divide is where we delineate individual agency from social practices, or the structure of of our social world. For example, we can consider peer pressure to start smoking cigarettes as an example of this. We might ask what role does individual agency play here, when the social structure people find themselves part of, may place pressure on its members to smoke?

We may argue that peer pressure may influence our agency, however, if we knew smoking was harmful then why would we ever utilise our agency and choose to smoke? Individual-Society Dualism With individual-society dualism, we are stepping outside of society metaphorically and looking at where an individual starts and ends.

At this stage we might have an opinion about which of these is correct. For instance, we can argue away the agency structure divide by placing the onus on the individuals agency.

In this sense we would like to claim that the executive function overrides peer pressure and people have a choice ultimately. However, when I look back at my own experience it seems to conflict with this account. If you can ever remember a time when you were subject to peer pressure, was it not the case you felt an urge to go along with the moment, and experienced the dissonance of thoughts related to the future negative outcomes of your actions?

It seems counterintuitive to separate this into a simple matter of exercising rationality independently from the situation we are in. Were we to have the ability to do this, then phenomena such as peer pressure would not exist. This highlights the impoverished view of self sufficient Cartesian 'selves', that subsist separately from the social worlds we inhabit.

We need not deny that there is intentional content, however, this does not necessarily entail this processing occurs independently or closed off from the situation we find ourselves in. It is clear this process is influenced according to circumstance, and it is our being in this situation which helps to shape our actions and responses.

In this sense our cognition is embodied, and does not operate independently from such situations. This area has been contentious among social psychologists.

It was the orthodox view to simply assume that individuals acted completely independently from the social world. However, we can clearly see from our peer pressure example that this view is untenable.

This does raise questions about where we draw the line between agency and social structures, and the State versus the individual.Fideisms Judaism is the Semitic monotheistic fideist religion based on the Old Testament's ( BCE) rules for the worship of Yahweh by his chosen people, the children of Abraham's son Isaac (c BCE).. 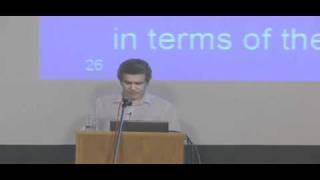 Reconceptualising Structure and Agency in the Sociology of Education: Structuration Theory and Schooling Author(s): Chris Shilling Reviewed work(s): This structure-agency dualism in educational research has contributed to the epistemological, methodological and ontological problems raised above, and.

This is an example of using 'both/and thinking' (see Chapter 1) to go beyond individual-society and agency-structure dualism.

How social psychologists understand the individual and social aspects as working together within and between people in particular . Agency is the capacity of an actor to act in a given environment. The capacity to act does not at first imply a specific moral dimension to the ability to make the choice to act, and moral agency is therefore a distinct concept.

In sociology, an agent is an individual engaging with the social initiativeblog.comy, though, the primacy of social structure vs. individual capacity with regard to. Jul 26,  · Psychologists Ann Phoenix and Wendy Holloway talk about why individual - society dualism is such a problem.